AWTHS, Housing Scheme Lahore Asal Lakhowal Phase-II is located on main Raiwand Road at a distance of 13 Kilometer from Thokar Niaz Baig. It consists of 5000 plots of various sizes. All the development works i.e. roads, water supply, sewerage, electricity have being completed according to the well defined engineering practices. There are more than 300 commercial plots and 20 Plots for amenities and public buildings.

Due importance has been given to green areas which are earmarked in each sector. A well known prominent place known as Sharif Education and Medical Complex and Beacon University are located next to the the scheme. The proposed ring road will also pass in the vicinity of the scheme. In short the area is on a fast pace of development and provide best location for an ideal resident society.

Main Raiwind Road Lahore and two lane roads on both side of Butcher Khana Distributory serve the Society.

Surrounded by Fazaia & Lake City in the East, Beacon House Society in the North, Bahria Phase 9 in the West and Sui Gas Society, Sharif Complex City in the South.

WATER SUPPLY
An excellent network of Water supply has been laid in the society. There are four tube wells sunk in the area with a capacity of 2 cusecs each. The depth from which the water has been tapped is 400 to 550 ft. The water has been tested for human consumption as per the laid down standards of World Health Organization (WHO) from authorized laboratories and stands approved. Four overhead tanks with a capacity of 50,000 gallons each have been constructed for storage. These tanks are at a height of 80 ft from ground level. The pipe network has been laid in such a fashion that the entire scheme can be fed with water from tube wells.

ELECTRICITY
The electrification system of scheme has been planned and executed in coordination with Lahore Electric Supply Company (LESCO) authorities. Separate Grid Station has been constructed for this purpose to cater for power consumption needs of the residents. Land for grid station has been provided by AWT. Internal electric distribution system has already been erected with 200 KVA transformers in all Sectors of Phase II.

GAS Connection
Sui Gas Network has been laid and Gas is being provided on deposit of demand note to SNGPL.

SEWERAGE NETWORK
An efficient sewerage network has been laid down in the society which meets the requirement as per latest American Standards and specifications. Reinforced cement concrete pipes ranging from 9“to 42“in diameter have been laid under the personal supervision of our staff to offset any errors.

DRAINAGE
Once the scheme was originally launched in March 1997 the area was water logged due to high water table. Therefore one of the prestigious organizations named as Frontier Works Organization was entrusted with this difficult task and a handsome amount of Rs. 15 Million was spent for this purpose. A unique and latest technique of tile drainage was used to eliminate and safeguard water logging and salinity in the area, by virtue of this technique the problem was solved permanently for all times to come.

HORTICULTURE
Sufficient green areas have been provided in all the sectors for the purpose of horticulture. Modern equipment has been employed on this task. Plantation along roads and streets has been started and will progress in a phased manner. It is expected that roads and main streets will be covered with trees very soon.

BOUNDARY WALL
Construction of Boundary Wall Work started in 2003. 32000 rft walls has been completed. Height of wall is 6 feet. It will provide a secure and attractive image of the society.

SECUIRTY
Security environment is necessary for the safety of resident of the society. For this purpose Fauji Security Services (FSS) professional Guards are working in the scheme 24/7. All the guards are well equipped professional and trained to monitoring the security aspect of the scheme. 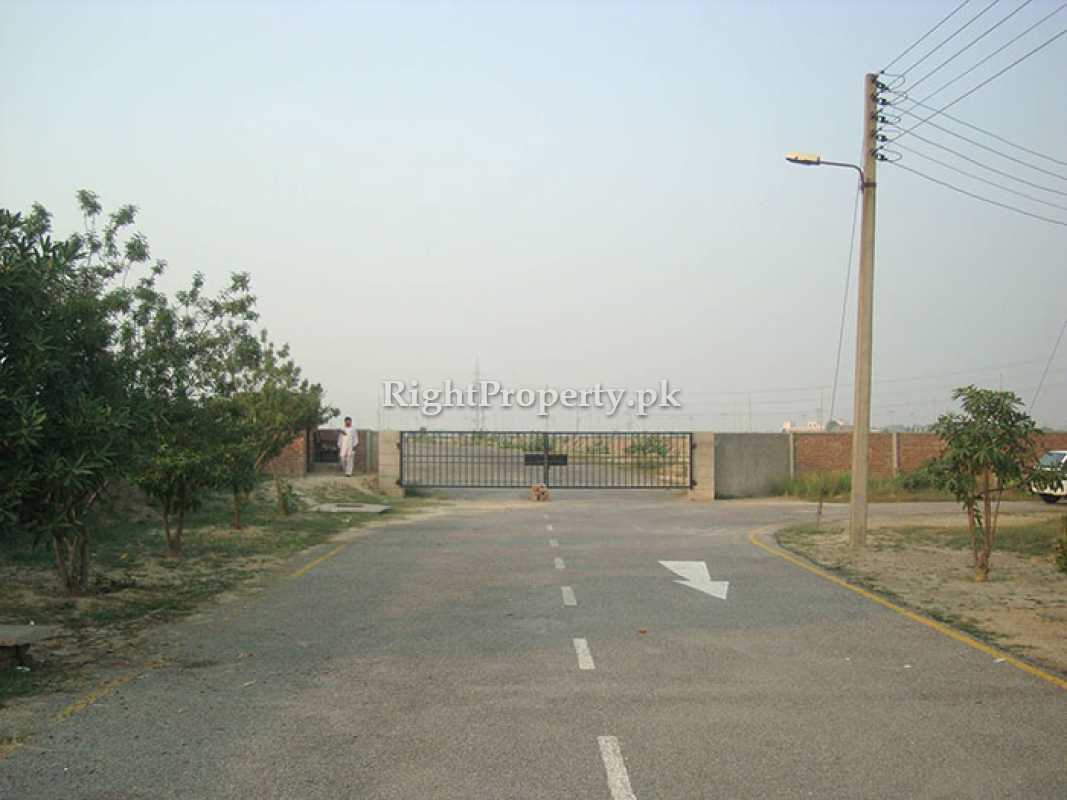 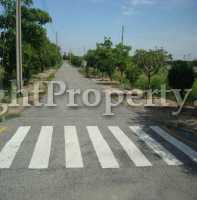 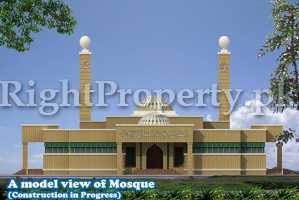 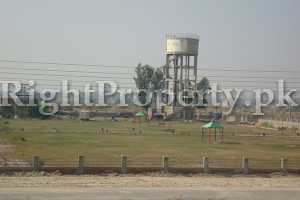 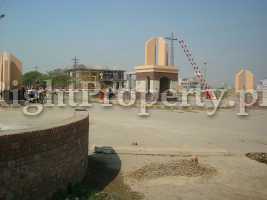 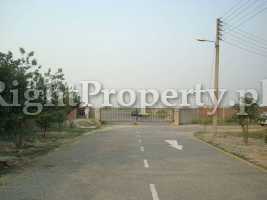