Spanning over 1000 acres of land, the Golden Palms is the zealous vision of Mr. Sadruddin Hashwani, after Zaver Pearl Continental Hotel at Gwadar. Surrounded by the pristine beauty of the Makran coastline, the township is one of most prominent projects situated at the western end of the city, and overlooking the Gwadar West Bay. Surrounding the harbor is a series of zones, with commercial, residential and amenity area, the Golden Palm> is the symbol of Gwadar's meteoric rise and the grand intent of our truly unprecedented master plan.

Meinhardt, a Singapore based urban design company, has planned The Golden Palms with a meticulous attention to every detail.

Golden Palms promises a wealth of quality amenities, breathtaking vistas, embodying the expectations of the modern professional and luxurious lifestyle to cater to the needs of the future residents of the city.

The scheme is divided into four quadrants or Zones, named after four palm families:

Golden Palms is an unprecedented offering at an unimaginable scale. The vision behind the concept is to create a world class destination for residents, visitors and businessmen.

Some see things as they are and ask why. Others dream things that never were and ask why not. We too have a dream.

Due to its strategic location at the southern extension of Pakistan into the Arabian Sea, Gwadar renders itself as convenient gateway for transit traffic into the landlocked Central Asian Republics, Afghanistan and Iran.

This geographical advantage endows Gwadar with the potential of becoming a commercial and economic hub of the South Asia, much on the same lines as port cities like Dubai and Hong Kong.

The rapid development taking place in this area, such as the construction of the Makran Coastal Highway, the proposed rail, road and telecommunication links connecting Gwadar to the rest of the country and construction of multipurpose berths etc. prognosticate a burgeoning housing demand.

The population growth of Gwadar is estimated at 6% of local population and a large immigrant influx from other provinces is expected. The demand for housing based on this projected growth is anticipated at 10,000 units by the end of the year 2005.

The proposed project aims to cater to that impending need for housing, taking into consideration the clients' stated parameters and requirements.

Keeping in view the predicted growth of Gwadar (foreseen as the future Dubai or Hong Kong of South Asia), Golden Palms is perceived as a modern residential complex as well as an iconic landmark of the architecture of 'luxury-living' in the new millennium. 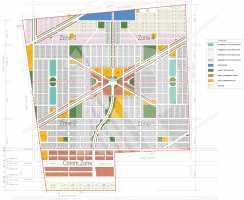 Golden Palms includes a civic centre, an elegant epitome of the modern-day design, and sociable living.

A mosque is a humble way for man to recreate a pure and divine presence on earth. A very elegant and spacious mosque is planned to be built at the Golden Palms.

Given the due importance, potential and demand, an ideally located central commercial area has been planned for offices and shopping plazas. This will cater to the shopping needs of the residents.

In each zone, a plot measuring average 0.646 acres has been provided for Health Clinics. In addition, a well equipped hospital is to be constructed, for which 5 acres of land has been allocated.

At the Golden Palms, we ensure quality education for our children. In each neighborhood a one acre plot has been specified for primary school, these will be utilized for education upto primary level. Two plots each measuring average 1.45 acres has been allocated for Higher Secondary standard. A plot spanning 2.87 acres has been exclusively reserved for college/university.

The stunning modern housing scheme of Golden Palms is a combination of landscaped gardens. All major avenues will be provided with Palm trees, in addition to beautifully planned gardens, parks, playgrounds and open spaces.

Golden Palms will have its own digital telephone exchange and internet facility. Telephone connections will be provided to the residents that will link them to the rest of the world.

The water desalination plant is already in place and spans over 2.30 acres of land. In the first phase, 100,000 Gallons of water is being supplied, per day.

Golden Palms will have its own grid station. Power will be provided through an underground electrical system.

Landscaping and green spaces have been the major design elements in the master plan. Plans have been made for extensive plantation on all the roads and walkways.

Golden Palms has a wide front facing the sea. An area of 4.82 acres, right in front of the Arabian Sea has been reserved for the construction of Marriott Hotel. Adjacent to it, a Tourist Resort of 36000 sq. yards is being built. Parallel to it and all along the Marine Drive (164 feet wide) are commercial plots ranging from 2000 sq. yards to 2627 sq. yards each.

GDA has already awarded contracts for the construction of 50 & 60 meters wide Marine Drive and Padi Zar Boulevard, which run through the Golden Palms Township. This will provide a direct approach from the seaside. These are in addition to 5 other major G.D.A approaches passing through the township.

Golden Palms Gwadar has been envisioned as a self-contained residential district offering all the necessary infrastructural, commercial and recreational amenities, creating a landscape for luxurious living amidst unique, superior architecture.

The vision aims at providing a modern, secure, healthy and meaningful environment to its inhabitants. The design is geared to maximize spatial utility while offering large open spaces around which entire residential compounds can be organized.

The earliest example of an architectural representation of an archetypal utopia or paradise can be found in Muslim Persia and subsequently in Babari and Timurid dynasties in the mid-sixteenth century with the creation of Chahar Bagh.

This planning type comprised of four quadrants, representing the four elemental forces in nature, wind, water, earth and fire, subdivided by cruciform axial paths along the cardinal points lined by water channels. At each intersection there was either a central resting pavilion or a sculptural focal element such as the Court of Lions at Al-Hambra, Spain. This garden and city planning type continued to remain a popular design theme in the Indo Persian empire for almost three centuries.

We are proud to have revived this ideal traditional planning prototype in a modern context and introduce relevant variations as and when the need arose.

Golden Palms will be managed by an independent operations and maintenance company/society. On payment basis the company will be responsible for the following:

Security: One of the most important duties of the O&M company/society will be the security of the community. For this purpose the estate will be walled and gated with manned entrances for the safety and exclusively of its residents.

To ensure uninterrupted provision of residents' basic needs, Golden Palms plans to have its own Water distribution system, Grid Stations and Telephone exchange. The power and telephone services will be provided within the framework of the Government of Pakistan as these two areas are regulated. The rest of the services will be part of the Golden Palms infrastructure and their operation will be charged to residents on use or average basis whichever is applicable

Once you have purchased a plot of land at Golden Palms, planning your home becomes easy. There are several options open to you: You may design and build it yourself, you may commission Golden Palms to build your house as per your design. You may also choose to ask the construction management team of Associated Builders and Meinhardt design and planning consultants to design and build a home for you.

The parks and playgrounds interspersed across the length and breadth of the community will serve to provide for the outdoor recreational needs of the residents. Each quadrant will also have a Jamia Mosque to cater to the community spiritual needs.

In addition, Golden Palms will have its own club situated in the tourist area of the estate. GoldenPalms will offer international standard sports and leisure activities to the residents. 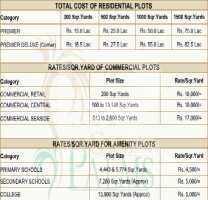 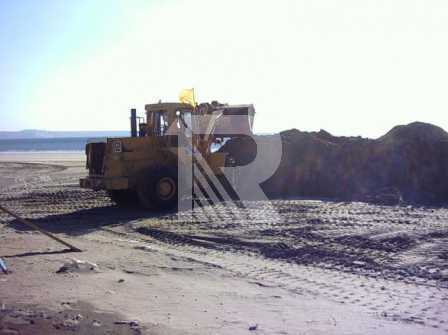 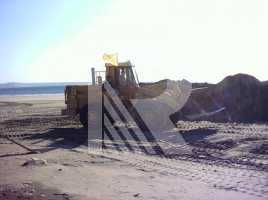 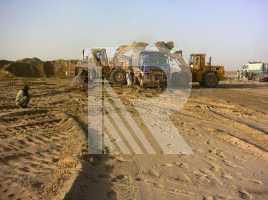 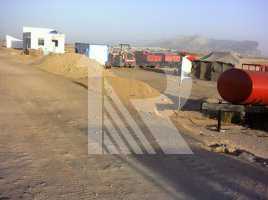 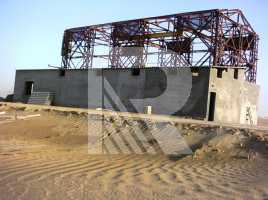 The Hashoo Group is the conglomerate empire built-up by Mr. Sadruddin Hashwani, Chairman of the Group. The Hashoo Group of Companies has in its fold, as owners and operators of the Pearl Continental Hotels and Marriot Hotels brands with presence in all major cities of Pakistan. The core of Hashoo Group is fortified by the diversity of the business ventures within its arms; which includes Zaver Petroleum Corporation, Ocean Pacific, Zaver Mining Corporation, Cera-e-Noor Ceramics, Gelcaps Pakistan, Hashoo International and has also made its mark in property development, construction and Real estate business.

A combination of shrewd awareness and vigilant forethought, together with imaginative ingenuity, encapsulates the Group's business philosophy. 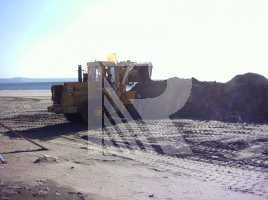