Want to live and learn on organic farms worldwide? Want to share your life with other like-minded people? Green Oaks is the right place for the nature lovers.

How does organic farming improve soil and water quality?

Using biological forms of fertilizer such as compost, animal manures, and legume cover crops, builds soil organic matter, even when routine tillage is used for weed control. Building soil organic matter increases soil water retention and nurtures more active soil microbial communities that retain nitrogen in the soil longer and transform it into non-leachable gaseous forms. There is a small but telling body of research in the US that suggests that improved soil quality influences the ability of crops to withstand or repel insect attack and plant disease.

Organic biological fertilizer sources release their nutrients slowly over time, providing more opportunity for the nitrogen to be digested by soil organisms and taken up by crops before leaching below the root zone. Increased soil organic matter in the soil leads to tighter nutrient cycling and greater water holding capability in organically managed soils, with the result that nitrate leaching from groundwater is about half that of conventionally farmed soils. Recent data from a 12-year study shows that fields under organic management had half the annual nitrate leaching losses than fields under conventional management.

What is the current demand for organic products?

According the 2015 Organic Production Survey released by USDA's National Agriculture Statistics Service (NASS), the organic sector grew from $3.2B in 2008 to $6.2B in 2015, demonstrating that there is increased demand for organic products and opportunities for growth.

Two sectors, vegatables grown in the open and fruits, tree nuts, and berries, together accounted for 42% of sales.

How is organic farming different from conventional farming?

Organic farming refers to agricultural production systems that do not use genetically modified (GM) seed, synthetic pesticides or fertilizers. Some of the essential characteristics of organic systems include design and implementation of an organic system plan that describes the practices used in producing crops and livestock products; a detailed recordkeeping system that tracks all products from the field to point of sale; and maintenance of buffer zones to prevent inadvertent contamination by synthetic farm chemicals from adjacent conventional fields.

Conventional farming often uses minimal crop rotations, growing the same single crop year after year on the same land. This practice, known as mono cropping causes the depletion of nutrients and minerals. In order to continue growing crops in this depleted soil, nutrients and minerals must be added back in the form of hydrocarbon based fertilizers and mined minerals such as phosphate. Conventional GM farming is dependent on earth-based non-renewable resources. Monocultures and the resulting poor health open the way for infestations of insects, diseases and weeds. Healthy bio-diverse soil keeps these infestations in check. The lack of biodiversity requires synthetic pesticides and herbicides to be used, further destroying the national soil biology

Why does organic cost more?

The cost of organic food is higher than that of conventional food because the organic price tag more closely reflects the true cost of growing the food: substituting labor and intensive management for chemicals. These costs may include cleanup of polluted water and remediation of pesticide contamination.

If there's one thing farmers are good at, it's lending a hand. What some companies call "corporate responsibility" we call being good neighbors. Because whether it's planting a garden or protecting our children from toxic chemicals, we'll do a much better job if we do it together.

Designed and developed, keeping in mind the culture and way of life, latest and basic luxury facilities, the one and only affordable project which will fulfill your economic and food requirements, THE GREEN OAKS.

Green Oaks is an organic commercial farming residential scheme, where natural scenery, lush green surroundings a life style with latest amenities. Also with organic farming you can have decent profitable annual income as well as enjoy your own food needs. These organic farms are being developed under the supervision of renowned agricultural experts under the guidance of established universities.
Investment in Green Oaks, not only will provide you decent financial profits but as well as an opportunity to enjoy organic environment.

Evolution of mankind from cave age to modern area has peaked in today's time. In the beginning, humans only consumed natural and organic foods, but with the passage of time and introduction of scientific growing techniques, manmade food replaced the organic food, which caused weak immune system in humans.

The journey of Evolution brings new trends. International experts have been warning about its effects on human health, and now is the time for ORGANIC FOOD and trend has gained momentum and is irreversible.

Green Oaks is located on Chakri Interchange of ISB LHR Motorway near Cadet College Rawalpindi, Rangers HQ and Ring Road on Chakri Road, Rawalpindi. Widening of Chakri Road is underway and in the same neighborhood, mega Project of Housing Foundation and Smart City are in progress. Due to development of New Industrial Zone on the Ring Road and easy access to Motorway, this area is fast developing into future business center. New Islamabad Airport is only 20 minutes and Thulian Interchange is 5 minutes distance away. CEPEC is also 30 minutes' drive. Green Oaks is located on ideal location which makes it unique among other projects.

On one side of Green Oaks are lush green Murat Mountains and other side the River Sill which creates a magical effect which mesmerizes nature loving people and makes it their first choice.

Green Oaks is developed keeping in mind the latest trends in life styles employing state of the arts facilities using the services of expert town planners.

Health is one of the basic needs of any human and for that purpose a state of the art hospital will be constructed to cater Green Oaks needs as well as for the neighboring population equipped with 24 hours Ambulance.

For Primary Education, a school will be constructed with highest standard education level for the future needs.

A large supermarket and round commercial area will also be developed to fulfill day to day shopping needs.

Parks. Jogging Tracks and Play Area
In Green Oaks, natural environment and human needs are kept in mind and wide lush green parks and play areas for kids will be available to healthy life style. 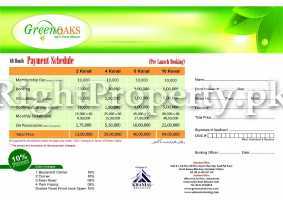 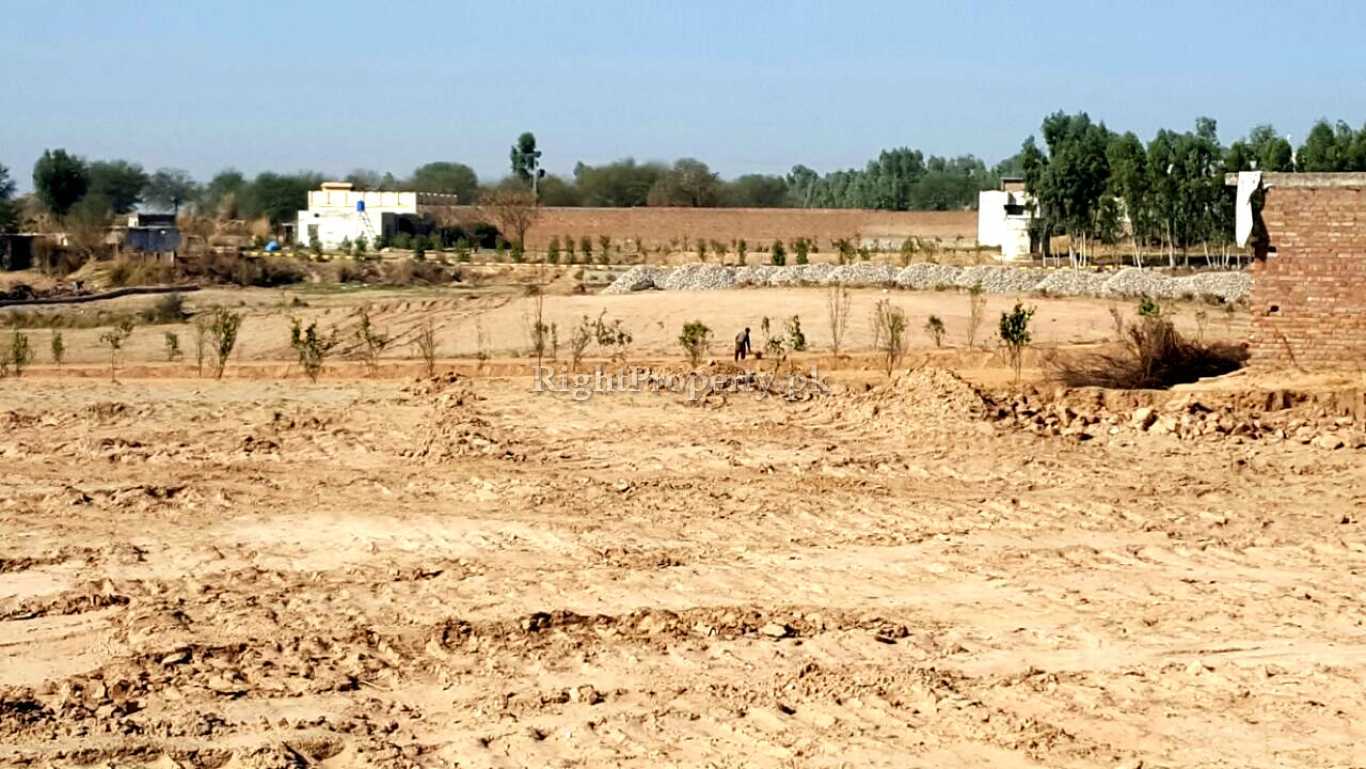 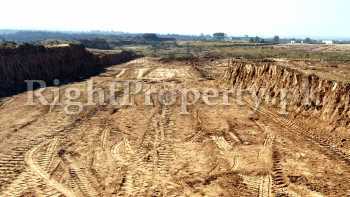 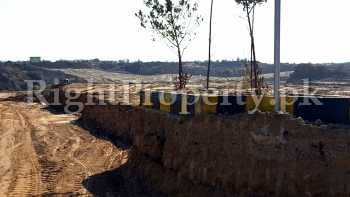 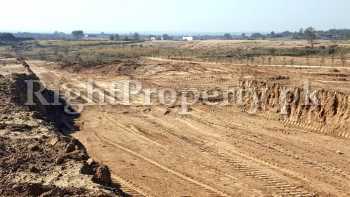 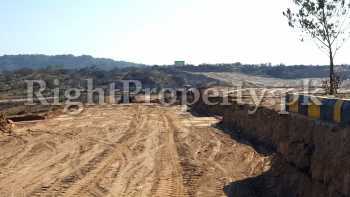 Khanial builders caters to the needs of both real estate buyers and sellers. Their objective is to help individuals in the property market to find their ideal home, land or commercial property. They also provide state of the art services and features for Pakistan real estate agents. Their aim is to empower consumers with the most detailed and dependable information in the market. Khanial builders will revolutionize real estate buying and selling in Pakistan.

RECENT POSTS BY OTHERS 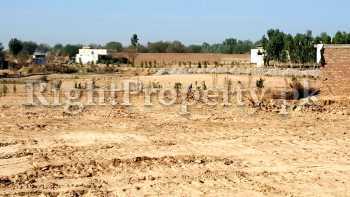