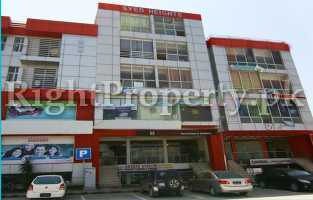 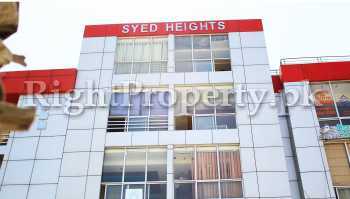 It was a small market build in Phase VII of Bahria Town Rawalpindi.

Owner of shops are fully satisfied with the planning and construction of this mini market.

Investors have received back their investments with good profit.

Mini commercial has obtained regent place and value in the commercial market.

Till 2007 the company gained confidence of clients and entered into building and consultancy purely on Public demand.

While building this project finances of the company reached to a level where it become Tax payer.

Company completed Mini commercial project in given timeline and gained the confidence of its clients.

Since 2007 the company has launched and completed project almost on yearly basis.

Safari homes and safari villas were constructed in year 2008 and 2010.

Syed heights 1 and 2, the mega projects in Phase 7 of Bahria Town during year 2011 & 2013 gave real boost and company emerged as shining star in real estate market.

Year 2013 can be declared as boom year in the history of Syed property consultants & builders as it started another two projects with the name of Syed street home (Single) and Syed Street Home (Double).

The company registered itself with the Rawalpindi Chamber of Commerce & industry in year 2012, which is being renewed every year.

Historical background of the company is a clear indicator that it has travelled a long distance to reach this point.

The company is dedicated to reach destination which is Sky.

Company has always travelled from one mile stone to other.

Complete solution of real estate to customers which includes sales and resale of residential and commercial properties.

Offers investment opportunities to its clients with complete confidentially and privacy.

Sincere guidance to customers as per their need, whether to live, run a business or buying and selling of property form investment point of view.

Full involvement of company to serve the clients by addressing commercial and legal issues in a professional manners.

Planning a project as per public demand, its commercial viability and future prospects.

Building the projects by using top of the line technology under direct supervision of consultants.

After sales services to one clients to feel pride by investing with Syed Property consultants & Builders.

Utility services for every project as per customer need and market trend in the hall mark of Syed Property Consultants & Builders.